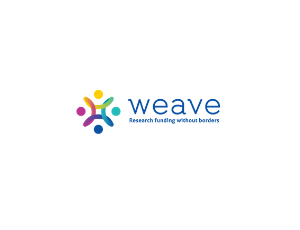 International Weave-UNISONO competition for bilateral or trilateral research projects for teams from Austria, the Czech Republic, Slovenia, Switzerland, Germany and Poland within the multilateral programme Weave, in which NCN does not act as the lead agency.

A research team from Poland, planning scientific cooperation with at least one of the countries: Austria, Czech Republic, Slovenia, Switzerland, Germany within the framework of the Weave program has two possibilities to submit a national application to NCN:

National applications under the Weave -UNISONO program should be sent to NCN only in electronic form through the ZSUN/OSF system, as soon as possible after the submission of the joint application to the lead agency, not more than 7 calendar days.

Planned dates for the 2021 call for joint proposals and announcement of evaluation results at partner institutions serving as lead agencies:

FWF (Austria) - call for applications on a rolling basis from January 2021.

GAČR (Czech Republic) - call for applications in: February - April 2021. (Exact dates of the call will be announced at a later date).

ARRS (Slovenia) - call for applications untill 28 February 2022. NCN proposals must be submitted electronically via the ZSUN/OSF submission system as soon as possible following the submission of the joint proposal to the ARRS, within 7 calendar days at the latest.

DFG (Germany) - call for applications on a rolling basis from 15 September 2021.