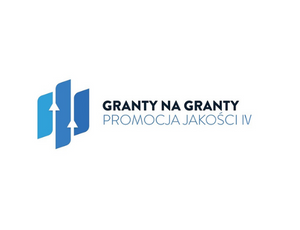 Ministry of Education and Science

“Grants for grants – Quality promotion IV (Horizon Europe)” programme under which funding may be requested with regard to drawing up of a project proposal submitted in a call for proposals in research programmes of the European Union (UE). The support is addressed to the research entities and universities which, in the project proposal submitted in the call for proposal of the European Commission were named:

In order to take part in the call it is required that the project proposal achieve:

General terms of the call and the preparation of proposals:

Pursuant to the Ordinance no 56 of JU Rector 11 July 2016 on: The procedure for drawing up and implementing projects funded from external sources at Jagiellonian University persons interested in entering the call (with the exception of JUMC entities) are asked to deliver to the RSC at least 10 days before the date of submitting the proposal:

In the ZSUN/OSF system, in the electronic sending part it is required to attach The declaration to the proposal signed by JU authorities, which will be send by the call assistant at the RSC to the indicated email addresses.

Please bear in mind that sending the proposal via the ZSUN/OSF system cannot be reversed and prevents later modifications. In light of the above, the proposal in electronic form should be sent only once the required signatures have been obtained.

Announcement by the Minister of Education and Science dated September 21, 2022 on the establishment of the project called "Grants for Grants - Promotion of Quality IV (Horizon Europe)".