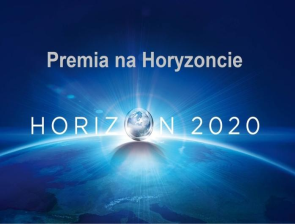 Ministry of Science and Higher Education

Providing support to scientific units implementing projects under the Horizon 2020 Framework Program and the Euratom program. The funds granted are intended to finance salary supplements for persons participating in the project and constitute ineligible costs of the project implemented under the aforementioned programs.

The condition for applying for funds is signing a contract for the implementation of a research project under the Horizon 2020 Framework Program before the date of submitting the application. You can also apply for the " Horizon 2 Bonus" after the completion of the project.

Proposals should be submitted in electronic form in the OSF system.

The proposals should be accompanied (in the form of a pdf file) with the European Commission grant agreement and copies of annexes to this agreement.

In addition, a paper version bearing the signatures of persons authorized to represent the unit will be also sent to the Ministry of Science and Higher Education.

In order to verify the correctness of the proposals, please submit its draft version (in the form of a pdf file) or give the CAWP supervisor access to the ZSUN / OSF system as an auxiliary editor of your proposal.

Then, after receiving information from the CAWP supervisor, please submit:

I would like to point out that sending the application through the ZSUN / OSF system is an operation that makes it impossible to make subsequent changes.

Therefore, the electronic application should be sent only after obtaining the signatures on the printed version of the proposal. Information on the approval of the proposal by the JU authorities will be provided by the CAWP call supervisor.